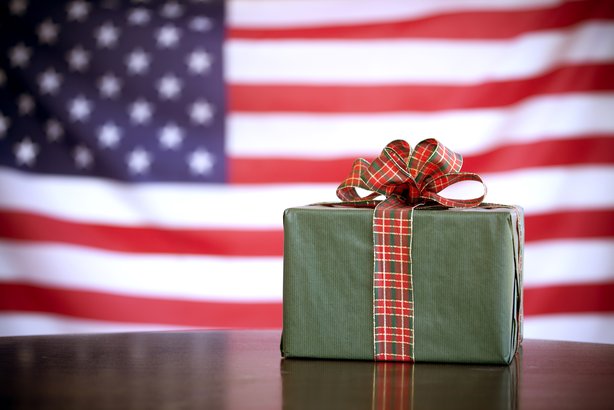 “It’s about whether you are working the plan, instead of trying to make a plan work.”

I am sitting on a plane this New Year’s Day.  Not returning from vacation during the holidays, but heading out to be “on the job” first thing on January 2nd.  For me, the Holiday season ends today, we have endured countless hours of Christmas shopping, Christmas music and Christmas food.  I have always gauged how well I manage Christmas by how much I spend and how much weight I gain.  In the past the latter was always the one where I fell apart, often gaining 10-15 pounds during the holidays.  Recently, with lifestyle changes, now I just feel the additional pressure in the pocket book.

This year was a “big pocket book” Christmas.  We went home to Colorado for the first time in nearly 3 years for the holiday.  It is always a time to rush through seeing all the immediate family members.  A time to finalize Christmas shopping, wrap remaining presents.   Preparing food for the traditional Christmas Eve chili and Christmas Day ham and turkey.  We typically spend 4-5 days in Colorado and it goes in a blur.

This year was no different, with the exception that my daughter’s boyfriend was with us.  First of all, it is a weird place in life when your children have a “+1” that joins the family traditions.  Really confirms that while I act like a 12 year old, I am actually quite a bit older.  Second because we had a new comer to the Colorado Christmas, we of course had to find things that were unique to Denver since it was his first time in the Mile High City.

The big day to experience some of the uniqueness of Denver was the Sunday before Christmas.  The big plan: 1) Eat at White Fence Farm (a Denver staple, that was closing on the 31st), 2) Ice Skating at Belmar (a tradition with family friends), 3) Red Rocks, 4) Dinner at Casa Bonita (if you’ve been to Denver, you know why you go there…its not for the food), then, 5) Christmas lights at the Court House.

At least that was the plan, until the universe stepped in to “correct” our plan.  You see, while this was our plan, this was not what the Universe wanted to give us for our Christmas present.  It started with a 2.5 hour wait at White Fence Farm, apparently everyone else in Denver suddenly was going to miss the place so much that they had to eat there on the 23rd also.  To be clear, it is good, but there is no fried chicken worth a 2.5 hour wait.  Plus, that would kill the rest of the plans.  So, we scrapped White Fence Farm and went to Buffalo Wild Wings where we could eat quick and watch football…or so we thought.  Ironically we ended up waiting for a table and food at B- Dubs almost 2 hours!   So we scrapped Red Rocks as we were pushing back Ice Skating.

Move ahead to Ice Skating, where we encounter a 25 minute wait to buy tickets, where it will be a 40 minute wait after tickets to skate…for one hour.  On top of that about an hour prior, the family friends had to cancel on skating as well.  So, I am not a math wizard by any stretch but even I know a 65 minute wait to do a 60 minute activity where you freeze for the last 30 minutes (by ourselves) was a deal breaker.  So now we are 0 for 3 on the big Colorado “tourist tradition” day.  We grab some Hot Chocolate and decide since it is near dark, to head downtown and see the Christmas lights early and then head to Casa Bonita for a late dinner.

Until the universe decided again to correct us.

We get downtown, it is dark…but the Christmas lights are still not on.  We are driving two cars and trying to figure out where we can park as we wait. Panda and I, in our separate cars, decide on a parking garage attached to a mall downtown, where we can at least use the bathroom.  We park, we go up to the mall, we get off the elevator to see the mall has closed and it is all office space.   There is something about needing the bathroom and not having one around that makes the urgency all the more worse.   So, we search out the second bathroom in the old mall area…it is locked.

Across the street is a Starbucks.  Panda says “Lets just go over there”, I am stubborn and insist we can find one on our side of the street.  Across the pedestrian bridge is a Westin hotel, we have used that lobby bathroom several times when running around downtown in our younger days.  We trek over to the hotel only to find…yep, it is locked, you need a card key to use it.  We step outside to explore our options, Panda says again, “Let’s just go to Starbucks”.  Having just grabbed chocolate and a late lunch, I relent thinking we are going to have to buy something but agree to go ahead and run across the street.

This, my friends, is where the universe wanted us to go.  As we walk in, at this point in a near panic to find a restroom, I hear someone speaking loud in the crowded coffee shop.  As I walk past the guy sitting on stool he yells my name.   I turn.  I look.   There in front of me sits, “Casey”.   Casey is like a big brother, Casey has been a family friend for 20+ years.  Casey has a huge heart and a somewhat troubled soul.

When we moved to Tennessee 10 years earlier and Casey and his wife were our best friends.  Shortly after we moved fortune turned for Casey and his wife.  They ran into the housing bubble problem everyone experienced.  They had layoffs, they had financial trouble.  Casey ended up with medical issues and eventually Casey and his wife separated.  I knew this as I had stayed in touch with him.  Until about a year and a half ago, when his cell phone was shut off.   I have often worried about my “brother” and hoped he was OK.   Our last conversation was less than ideal, based on a misunderstanding.  Before we could resolve the issue, his phone was shut off.

This my friends was my Christmas gift.  The universe plotted to move us to the small, overcrowded coffee shop at just that exact time on the 23rd.  We had no intention of being in that part of Denver, had no inclination for a late afternoon coffee, no intention of doing anything but drive past some lights on the City Courthouse.  But the Universe knew exactly what, myself, Panda, my family AND Casey needed.  You see… it wasn’t coincidence.  Casey doesn’t live downtown and wasn’t finishing up last minute shopping.

You see, Casey is homeless.

Down on his luck, he lives on the street now and as he stated after the tearful reunion in that coffee shop, he had given up hope of seeing anyone he loved this Christmas.  He felt like life was pretty meaningless and questioned why he was still around.  Then, God, the Universe, brought us into Starbucks in search of a “biobreak”.

We spent over an hour catching up (I never did use the bathroom, LOL).  He has a new number, we committed to talking again after the first of the year (which we have talked twice briefly since).  We talked about how we can continue to try to help him, while we are so far away.  Casey stated that he now felt like he had a purpose and talked about how he was lining up an apartment after the first of the year.  To be clear, this isn’t a Hollywood movie type of ending, where Casey suddenly turns his life around by the end of the film.  Casey has issues and guilt for a lot of things that have happened in his life.  The turn around, if it happens, will take months if not years.

What this is though is a confirmation that there are no coincidences in life.   What it is, is an affirmation that even a smile, a hug and 60 minutes of small talk can be a great present.  It can be an inspiration to be better, be kinder, be more appreciative of our place in life.   What it is is proof that we are all connected.  Those we touch and those that touch us will always be a part of our story.  We chose to support those in our story or ignore those in our story and support (no matter how great or small) always feels better than dismissal.

We gave what cash we had on hand to Casey…we promised to stay in touch.  We took pictures, he gave hugs, I gave kisses.  We all gave love.  Close to 90 minutes later we headed out to the final stop of the night, Casa Bonita.  We arrived 45 minutes before close and wouldn’t you know we stood in line for 30 minutes.  We talked a lot about our friend.  At one point in the conversation, we discussed how wonderful the day had turned out, exactly NOT how we had planned it out.

It was then that it occurred to me, as I shared with the kids.  “Today was an example of being open to where life will take you.  Today we worked the plan, instead of making the plan work.”  We could have forced all of our plans to go exactly as we wanted and forced ourselves to do all the things we need to “get done”, or we could have done exactly as we did and simply keep working on the plan.

When something didn’t go as we thought it would, we simply made adjustments.  We followed our intuition and took the next step for the day.  We didn’t bemoan all the things we thought we were missing out on, we simply kept an eye on moving forward and making the most of the plan we had set forth.  At the end, the universe gave us more than we had planned at the beginning of the day.

So my message to all of you, understand that there is a bigger plan for all of us.  When we try to make our original plan work, when we force things to work in our vision and we meet roadblock after roadblock, it is God, the Universe, whatever you want to call it…correcting our plan.  Be open to the correction and be like a 5 year old on Christmas morning, hardly being able to wait to see what the next step in the plan will reveal.  Adjust the plan, step forward with anticipation and continue to work the plan that has been laid out in front of you.

For me, it gave me the best Christmas present I could have hoped for receiving.  Don’t get me wrong, the custom CrossFit shoes and tactical weight vest are awesome.  Just not quite as rewarding.  For my family, it gave them a valuable life lesson both in how fragile life can be and how rewarding it can be when you work from intuition and faith.   For Casey, I hope it gave him a greater sense of purpose, a mission to continue to work on himself and forgive himself for all the guilt he carries.  For all of us, it brought our family back together, hopefully on a more permanent basis.

BY the way, we did drive by the Christmas lights at the Courthouse after the coffee shop…they were especially bright and beautiful for some reason this year…